What is High Functioning Autism?

Autism Spectrum Disorder refers to a broad range of conditions that involve impaired social communication, repetitive behaviors, and deficits in speech and language. It is referred to as a spectrum disorder because no two individuals with autism present the same. There are varying levels of functional levels, speech and cognitive abilities, social skills and behaviors, which may also change for the specific individual over time.

In 2013, the American Psychiatric Association merged similar diagnoses under this one umbrella of Autism Spectrum Disorder – to include autistic disorder, childhood disintegrative disorder, pervasive developmental disorder – not other specified (PDD-NOS) as well as Asperger’s Syndrome.

So where does high functioning autism fit in?

In the past, people with Asperger’s were thought to have average to above-average cognitive skills but be more involved socially. Since that diagnosis isn’t used anymore, the term high functioning autism seems appropriate. Still, high functioning autism is often referred to as Asperger’s, and vice versa, although some dispute the symptom difference between the two. Mainstream professionals use the terminology “high functioning autism” to replace the symptom group of what would previously carry the diagnosis of Asperger’s. Regardless, neither one is outlined as a separate diagnosis in the current version of the Diagnostic and Statistic Manual – version 5 (DSM-V), as they both fall under the umbrella of autism spectrum disorder (ASD).

When the DSM was rewritten between versions 4 and 5, they took out the separate diagnostic category of Asperger’s, and made it fit with the true spectrum nature that is autism. This caused a big flurry of emotions and concerns and some upheaval in the autism community at the time, but the dust is settling. Here are some specific differences between the two: To be given the diagnosis of autism, the following diagnostic criteria must be met in all three areas.

There are certain behavioral characteristics that are consistent in individuals with high functioning autism. They obviously have to meet the criteria for autism, but here are some more specific descriptions of the behavioral involvement:

According to the current diagnostic criteria, even in high functioning autism, there must be a delay in language development by 35 months. This is different from Asperger’s, because those who were previously diagnosed with Asperger’s later in life (according to the DSM-IV), did not have language involvement as toddlers. Parents often start with speech evaluations, but a social delay must also be identified to meet the criteria for high functioning autism, as well as behavioral involvement. Such signs and symptoms of social difficulty in a toddler may include difficulty with eye contact, lack of pointing to show interest, or lack of joint attention.

Joint attention or shared attention means that the caregiver and child are paying attention to the same thing at the same time. A classic example is reading a book together, if the child can sit with the adult and look at the book, enjoying the pictures and pages together, this demonstrates joint attention.

In contrast, this is not happening if the adult is reading the book and the child is walking around the room, looking at other toys, noticing things outside instead. Granted babies and toddlers don’t always pay attention to books when the adult is ready to read to them, but when the child has the capacity to demonstrate joint attention, it's notable. Joint attention is important as it is a building block towards imitation and learning.

Often, high functioning autism can be more difficult to diagnose because of the individual’s high levels of intelligence. Sometimes intense interests in certain topics are looked for, in addition to skills for tolerating and resolving conflict. In order to diagnose high functioning autism, pediatricians will typically conduct developmental screenings, observe behavior, and interview parents and teachers who work with the child.

Additional testing in the areas of speech, occupational, and physical therapies may be requested. Consult to a neurologist, developmental pediatrician or genetic counselor is typical as well.

Some sources go on to detail two different styles of social deficits in high functioning autism:

What are the causes of ASD?

We do not know how ASD is caused. There is old, outdated information that vaccines cause autism. They do not. There are a lot of different theories and speculations- some genetics, some environmental, some biological.

Research is being conducted and the cases of autism continue to rise. What we do know is that there are differences in brain structures between those with autism and those without the developmental disorder. These differences are largely in those areas of the brain responsible for socialization: the amygdala, superior temporal sulcus, fusiform gyrus, and orbitofrontal cortex.

Right now, there is no cure for autism. Developmental therapies are recommended to improve function and promote skill development, as well as alleviate some of the signs and symptoms. Early intervention is best. Each state has its own guidelines to start services before the age of three, but we know from extensive research that identifying and addressing developmental issues in young children offers the best outcomes. Typically, children will receive educational services and therapies at home and at school. While not exhaustive, this may include:

The outcomes of a child with autism progressing towards adulthood are varied. Some children make progress along a continuum, are eventually mainstreamed for their education, and go on to achieve typical developmental milestones of adulthood. Others remain stagnant at their developmental level, making minimal progress towards independence. Some have specific skill attainment, like reading, writing, and self-care, but lack the judgment and safety skills to live completely independently. Even though there is no cure for autism, with years of therapy some eventually grow “out of” their diagnoses. Surprisingly, some individuals lead fairly “typical” childhoods and receive a diagnosis of autism later on in life as adults. Every individual is different, just as this is a spectrum disorder, there is wide variation in the possible long-term outcomes.

We know that often the core symptoms of autism remain, even though the severity of their impact can improve greatly. Some studies detail that IQ and age of language attainment can be predictors of outcome. Regardless, the consensus is that early detection and intervention will offer the best outcomes. Medical interventions and educational therapies are widely recommended and acknowledged to improve quality of life.

The prevalence of autism diagnoses continues to rise, and the medical community continues to describe and refine its identification of the disorder on this spectrum. High functioning autism is commonly used to refer to the group of symptoms previously known as Asperger’s, but there are subtle differences between the two.

Generally, high functioning autism is a term that refers to individuals that have autism without an intellectual disability. They still meet the criteria for autism spectrum disorder, with deficits in communication, social interactions, and behaviors that are restricted and repetitive. If you are concerned about your child having autism, talk to your pediatrician. They can screen for and recommend further testing. Early intervention is key to long term positive outcomes. 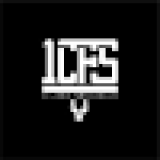 what does high functioning autism mean